Songdo's main goal is to establish an efficiant sharing ecosystem. The city aims to become an international business district, more livable and sustainable than Seoul. 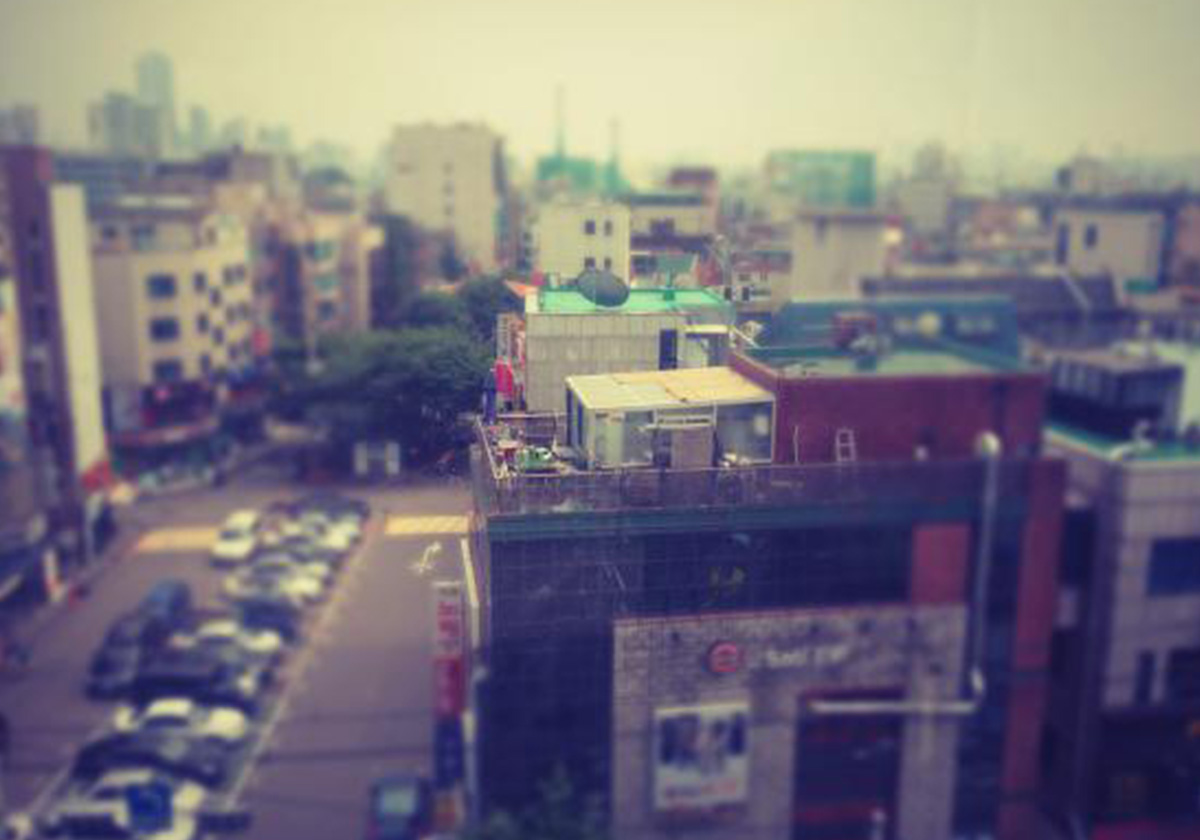 A lot has been said about Songdo, this " smart and connected" city, located 65 kilometers away from Seoul. Its development has started in 2001 and is due for completion in 2018, with a scheduled budget of no less than 35 billion dollars! Songdo boasts itself as a (future) international business district, more livable and sustainable than Seoul, for those willing to pay the price ( the apartments are rather expensive ). Due the size of the project, and its radical nature, Songdo receives a great focus and sometimes overshadows Seoul's own strategy. The capital´s vision is however no more modern than its neighbour´s and its smart city strategy may actually be more creative and diverse. We were curious about Seoul's innovative projects: its Sharing City initiative, its local projects fostering collaboration and sharing, its recent decision to ban Uber and develop a municipal taxi-hailing app...

Is the sharing economy a solution to the pressing challenges cities face? This is in any case Seoul's bet. Launched in 2012, Seoul's Sharing City initiative seek to address a situation that could soon have reached a breaking point. With high level of pollution, high suicides rate, high rates of unemployment, one of the lowest happiness scores among OECD countries, this megacity of over 10 millions inhabitants had to find a way to reinvent itself.

Under the leadership of Mayor Park Won-Soon, Seoul Sharing City aims at creating an official sharing ecosystem in order to tackle issues such as transportation, housing, environmental and waste problems. The policies also seek to support the local economy and address challenges in citizens livelihood such as reducing childcare costs.

Led by the Seoul Innovation Bureau within the Seoul Metropolitan Government, the program relies on strong public-private partnerships as well as world-class digital infrastructures. Not only does the city have the highest fiber optic broadband penetration, the fastest Internet and the highest smartphone penetration rate in the world, it has also Wifi service in all outdoor spaces and high speed Internet in the subway system. According the Shareable expert Cat Johnson " The city's density, its tech-enabled citizenry, and world-class infrastructure can support Seoul's plan to become a global leader of the sharing movement ." 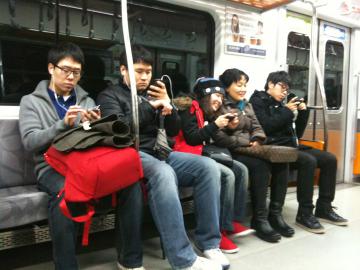 Three years after the start of the program, Seoul announced in May policies for the second phase of its Sharing City initiative. That appeared as a relevant timing to discuss what is presented as " one of the world's sharing capital ". 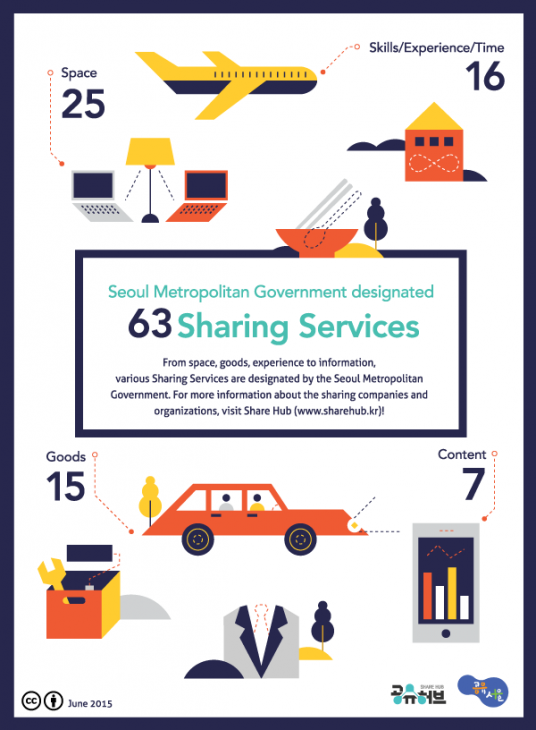 The city's sharing initiatives impact all areas of urban life

The "Sharing City" strategy was launched in 2012 by the Seoul Innovation Bureau and is actively supported by the Mayor Park Won-Soon. The main objectives of this strategy are: "recover a sense of community connectedness, trust and local relationships ; enable community rebuilding and resilience at all levels ; increase hyper-local opportunities for social innovation."

Some key projects can be highlighted to show how residents and visitors can take part of the sharing movement:

More importantly, the Seoul Metropolitan Government is promoting a "sharing culture" among its citizens. In 2016, "sharing schools" for students will be tested, so that every children in the city learn about the concept of the sharing city, as well as "sharing economy clubs" for middle school, high school and university students. [1]

Mobility is a key component of the sharing strategy

Carsharing is a major component of Seoul's sharing strategy. It began three years ago with SoCar, the main company sponsored by the government, that has now expanded to 52 cities in Korea. Today, two operators are responsible for the carsharing service : SoCar and GreenCar, through a partnership under the supervision of Seoul : " Nanum Car ". There are approximately one thousand vehicles available for carsharing in Seoul, in more than 560 locations. The City is also testing an electric carsharing service with 184 vehicles on 57 stations, with LG CNS, Korail Networks, Korea Carsharing and KT Kumho Rent-a-Car. According to Nikola Medimorec ( Kojects ), the impact of carsharing is however relatively low (only 40 % of the members are really active), as taxis are relatively cheap and competitive solutions.

As for Uber, it has been banned in South Korea, because the city has its own plan for taxis. First, the Seoul Metropolitan Government has a project called "taxi match-making service" that aims at better connecting customers with drivers in the city. Lead by the Chief Information Officer of Seoul, it consists in analyzing the data from 20.000 black boxes implemented in Seoul taxicabs. Those boxes indicate when and where do passengers get in and out of the taxis, and then the match making service will cross them with data related to weather forecast. The service will provide an open visualization, in realtime, where the demand for rides is especially high. 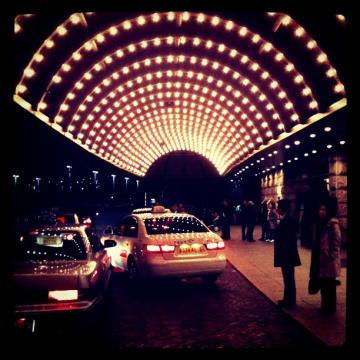 The actors behind Seoul's sharing strategy

Most of the innovations in Seoul are instigated by the public body (the Seoul Metropolitan Government), that provides a legal framework as well as financial support for leading firms and startups, investing in no less than 42 sharing organizations. But as TechChrunch recently pointed out , there is a tension between a local, non-profit or minimal-profit sharing economy, and a globalized and for-profit "collaborative" economy that is now flooding Seoul. Uber has been banned in South Korea, but Airbnb is now taking over the market for short-term rentals. It is not clear whether small local organizations will be able to survive without public subsidies, as large global players can invest much more in communication. 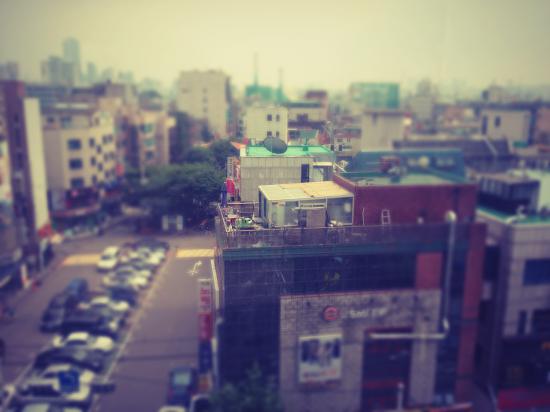 According to a survey by Seoul Institute, only 12% of Seoul residents know what the sharing economy is.
Seoul Sharing City is not well known by the general audience - but the results remain impressive in terms of economic & environmental benefits.
There are still efforts to be made so that the project is fully embraced by citizens.