Benches are strategic assets to urban public spaces and conducive to social encounters. Many people are taking initiatives to make benches an enjoyable spot. 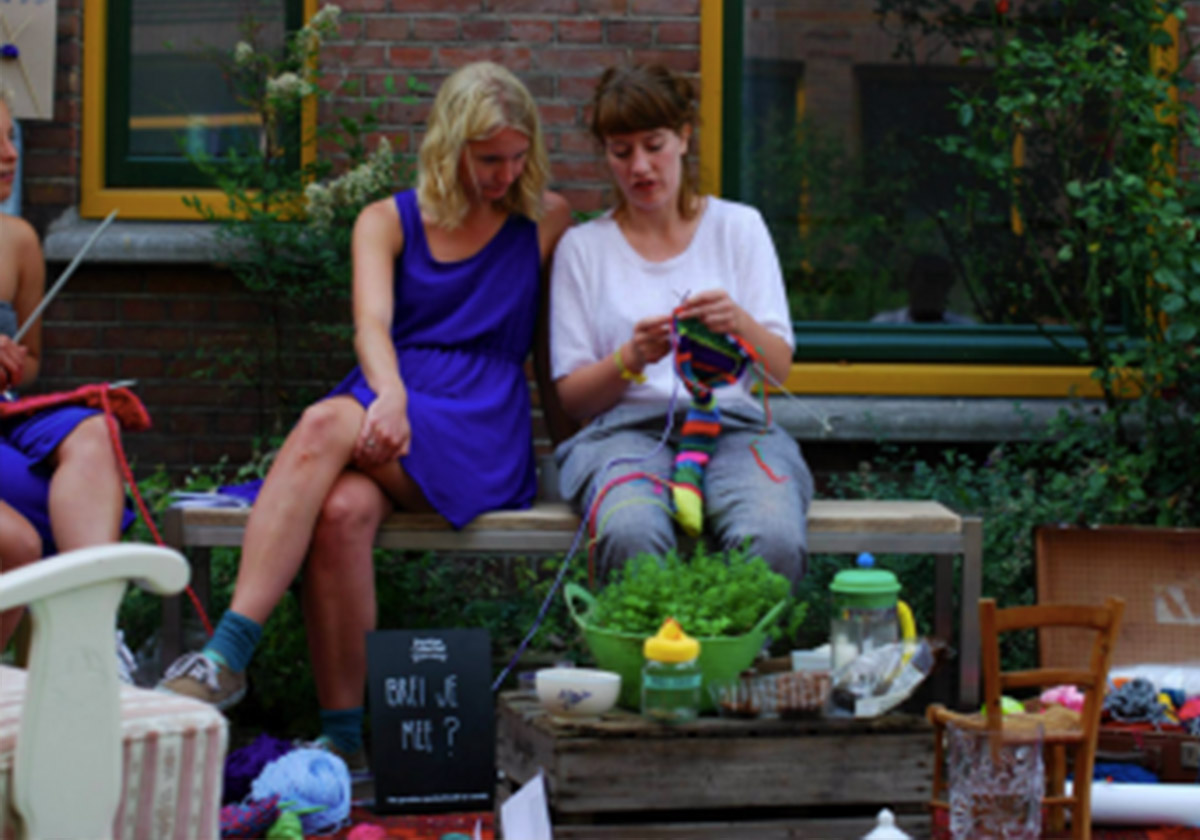 Benches in the street are everyday objects, which, we, most often, don´t pay much attention to. They are however strategic assets for walkable, comfortable and lively cities. The danish architect and urban planner Jan Gehl has well documented their role for people-centered urbanism. He spent months observing where and how people walked, talked to each other, sat, took a break in the public place and analysing the characteristics of the places that prompted those activities. He found that the success of public space was directly linked to the levels of pedestrian flow and stationary activities that stimulated social interaction. Short distances between two points, as well as street furniture such as benches, allow people to linger. Places where urban dwellers can sit and face other passer-bys are often some of the vibrant areas within cities. In this post, we have collected a small collection of projects focusing on benches and showing us how much we should care for them. 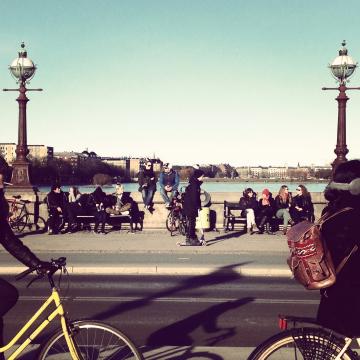 Dronning Louise bridge in central Copenhagen is one of those vibrant places, when people sit to chat and watch the cyclists and pedestrians´ flow.

In Amsterdam, two years ago, two young women - Jesse and Cathelijn - started a project called bankjes collectief, that is to say "collective benches". The problem they started with was very straightforward: how can we create more spontaneous encounters in the public space? In cities, where the pace is often very quick, this requires first and foremost opportunities to slow down. This is where benches come into the picture.

Jesse and Catheljin invite Amsterdam people to set up a bench in front of their buildings in order to facilitate meetings with neighbours and other pedestrians during summer months. The concept goes further: the owners of the benches decide when they "open their bench" and what they want to serve to their guests - whether food, plain chatting or any kinds of other services. People have indeed been very creative: from salsa classes, to hairstyling, guacamole battle and knitting courses, everyone can find a suitable match (have a look at their facebook page to see a great collection of pictures)! They started their project in 2013 and 163 benches were installed and mapped on their website on their website by the end of the first year. One year later, the number had doubled. Such a success allows them to talk about a new activity in the city: bench hopping!

If benches are conducive to social encounters, they are also invitations to take a pause and think. In the US, Dessa Lohrey was curious to know what thoughts other people have when they sit and relax on a bench. Would they be willing to share them with everybody? In order to find out, she started a project called bench diary, where a diary is tied to a bench for one day with a pen, and a short introduction invites people to share their thoughts in it. Comments are then shared on her website and social medias. Beyond personal stories and pieces of advice, people often share comments about the place where they sit. In this way, the diary can be seen as a way to grasp a feeling about the atmosphere of a place. More than 28 cities did the experience of bench diaries... check it out here to see if yours is on the map or if you should bring it to your city! We conducted the experience in Copenhagen, and can only encourage others to do so as well! 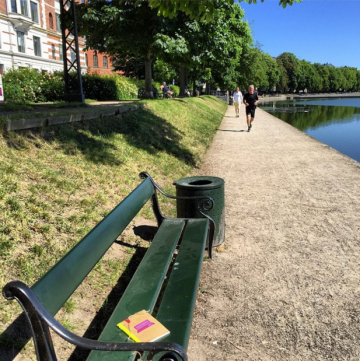 Benches also have symbolic and iconic dimensions. Benches in Bangalore are not the same as those in Lisbon or Saint Petersbourg. In Copenhagen, Superkilen is both a cycle path, a park and an attempt to create a unified identity to the most diverse neighbourhood of the City. Developed in collaboration between the architects from Bjarke Ingels Group(BIG), Berlin-based landscape architects from Topotek1 and the Danish art group Superflex , the project Superkilen takes advantage of street furnitures´ cultural specificities to transform ethnical diversity into a key asset, that local inhabitants can be proud of. What makes this development so special is most certainly the method used: some of the project leaders have been travelling with five groups of local people to their country of origins, following a specific story that would eventually lead to objects for inclusion in Superkilen. As a result, you can now sit on benches from Havana or Baghdad in the middle of the Danish capital! 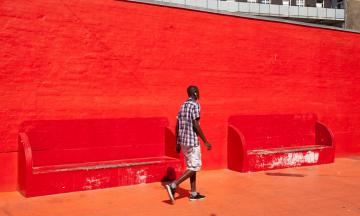 Beyond the traditional aspects of benches considered above (inviting to a pause, discussion, showing a city´s feature), this piece of street furniture is being used for several innovative, artistic or other creative purposes. With digital technologies, benches could indeed start talking to us , charge our phones , function as Wi-Fi hubs , deliver information about the local environment and many other things, which still have to be invented! The story of benches is, for sure, to be continued. 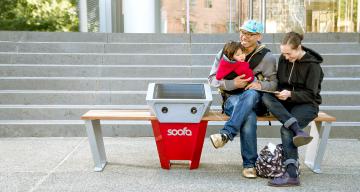